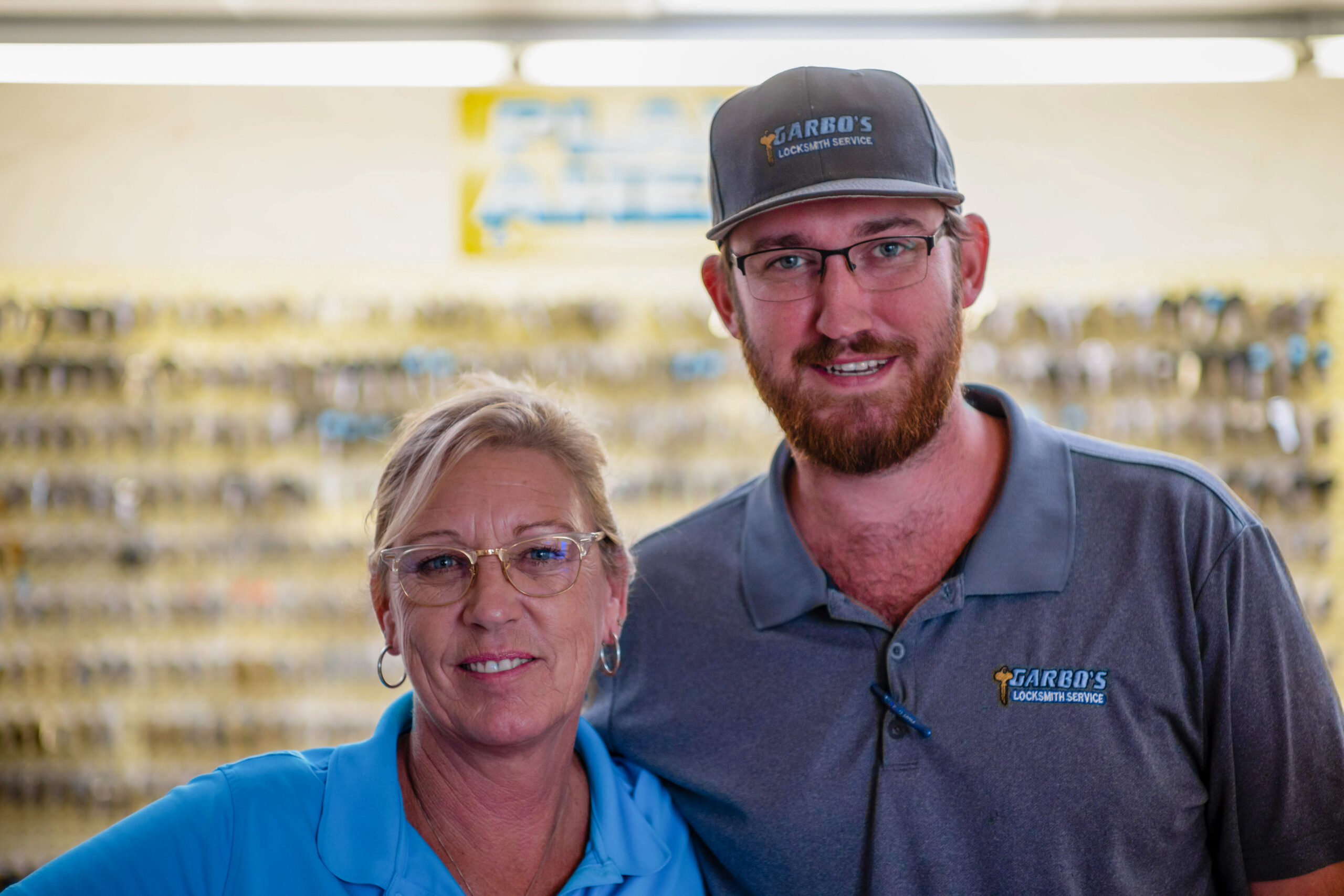 ABILENE, TX – In retrospect anyone can agree that car keys cause some major chaos when lost or locked inside vehicles or buildings. Normally people don’t pay enough attention and are left with delayed plans and lessened punctual credibility. Who ends up saving the day? The locksmith of course! Only then do we realize the locksmith’s significance. When you imagine one, we can guarantee that a guy with his gear, stepping out of a van comes to mind. Only a handful could argue with this, trust us. But here in Abilene, someone with a solid drive to work hard & right, is breaking stereotypes and catching people off guard. 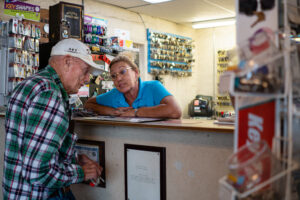 Greta Kuhn is the owner of Garbo’s Locksmith Service. Many people still assume that the owner might be a guy called ‘Mr. Garbo’, whereas the story behind this name is in fact a very personal one, and this dates back to even before she was born. Her dad wanted to name her Greta Garbo. Her mom only partially agreed to this, hence the name Greta. Born in Virginia, a resident of Abilene since 1990. She has been in the auto industry as a Locksmith for even longer than that, 1987 to be exact. We can safely say she’s one of the top service providers in this field. After gaining some hands-on experience for about 9 years, she started Garbo’s on the 1st of January, 1996.

She is the oldest of 5 siblings, which may be one of the reasons for her strong character and the ability to plan out every step before the actual execution. Her entire journey was surely a handful, as she started from nothing and has achieved so much up until now. She’s highly work oriented and simply a problem solver with a knack for anything that resembles a puzzle.

Garbo’s Locksmith Service are the ones to have on speed dial when you need new keys made, any type of locks installed or repaired, or a locksmith to reach your location in a jiffy, even when all others have already called it a night. Their additional services like key organization & key control and generally a quality service and fast response in emergency situations have constantly led to customer satisfaction. Their motivation comes from solving the customer’s problems & making their day better. They were able to do so during the dreaded pandemic as well. It did not affect the business because losing keys and getting locked outside stayed constant, because pandemic or not we’re all humans who can mess up anytime. 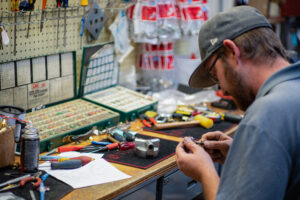 Greta has been able to maintain a streamline operation with the help of an exceptional staff, especially Amy who she met in 2004 when the business needed help and she needed a job. Since then, she has stood beside Greta in all circumstances. Another reason for such a connection between the two is their pasts, as both are divorced and independent, strong women. They always look out for each other.

Speaking of Greta’s helping hands, she has two sons and one works with her at Garbo’s. Zack is married, and actually had other plans before working here. He planned to get a business degree and later join Garbo’s but Greta suggested to him that he will not be able to enjoy his job and successfully work with her if he doesn’t know the fundamentals of being a locksmith. Knowing her mother’s wisdom, he did a 2-year locksmith training and has been working happily with her for 4 and a half years now. Her loving father has also been a huge support for her every step of the way. He is an extremely talented artist and even worked on some of the walls to give the whole place an even better overall vibe. You can visit Garbo’s to see his murals in all their glory. 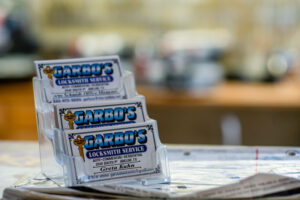 Even though she crosses paths with people who’d rather talk to a guy in charge than a woman, she still manages to remain strong despite of it all. She shared a couple incidents of this nature with us. On which she concluded by saying,“The whole situation was just weird. It did sometimes hurt a little, but as time passed I became stronger and got used to all this.”

This justifies that she is a true hard worker and one who believes that sheer consistency and dedication is enough to achieve greatness even when she’s a woman in a male dominated industry. She is one of the best examples of self-made entrepreneurs. With zero support from banks, friends or even family. She acquired all the necessary stuff like different key machines & drills whenever she could afford it. And one after the other, she managed to get all the needed items. She even got a van without the bank’s support, which is an entire story in itself. Her story shows us that no task is too difficult if you do it the right way. Great is proud of what she has achieved over the years.