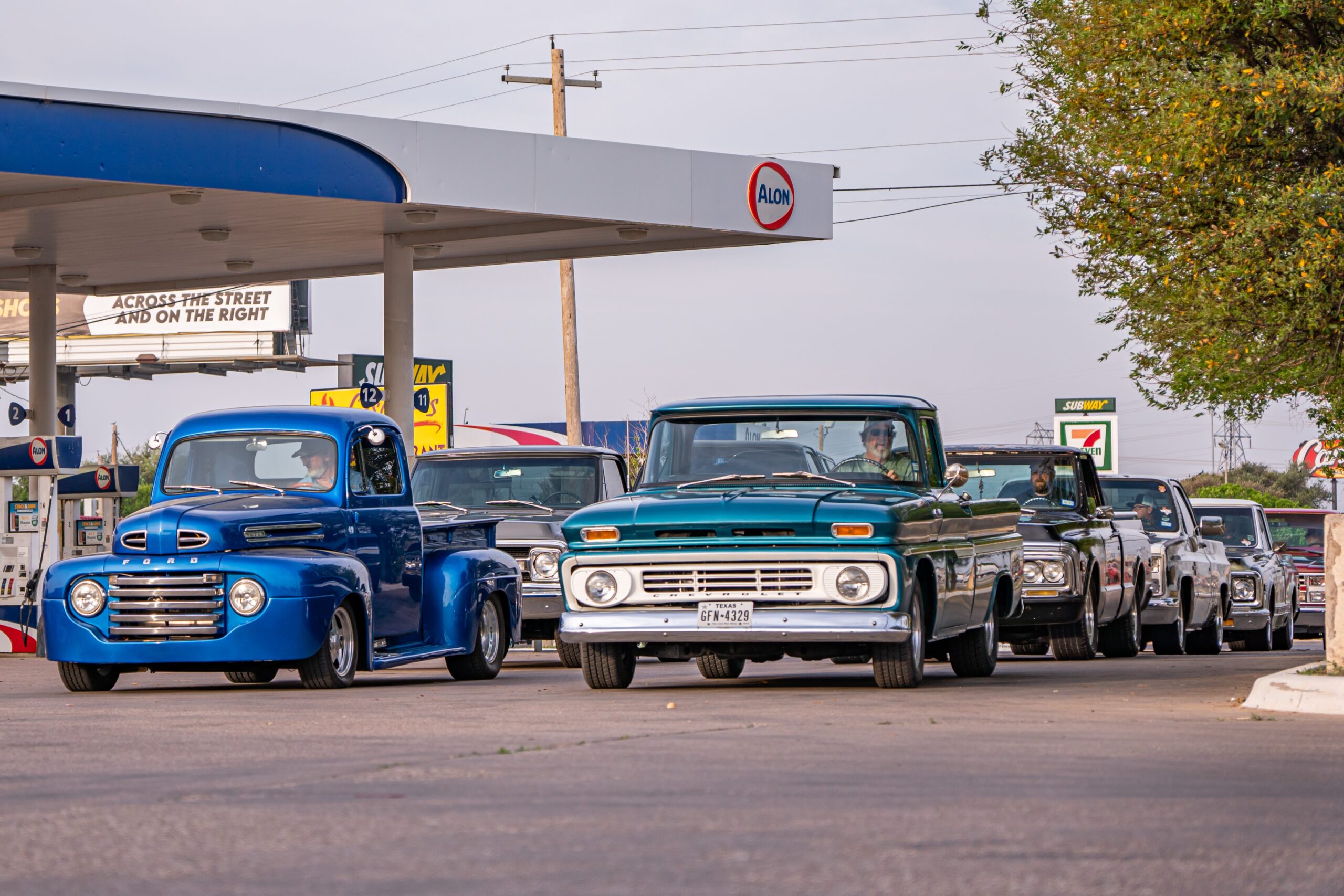 ABILENE, TX – They say that California was the birthplace of the automotive artistry known as a cruise, but there is no way to prove this theory. To be honest, there have always been groups of teens, adults, both young and older who enjoy flaunting their cars and bikes on the highways across America.

Receiving a license is like receiving a passport for wide roads and freedom from parental oversight. For many generations, adolescents have looked forward to turning 16 and proudly showing off their carefree lifestyle to their friends. When muscle cars, with their powerful V-8 engines and rumbling noises that made mirrors vibrate, first arrived on the scene in the mid 1950s to early 1960s, everything changed. People developed a brand-new enthusiasm for automobiles, and they began taking road trips in their muscle cars. 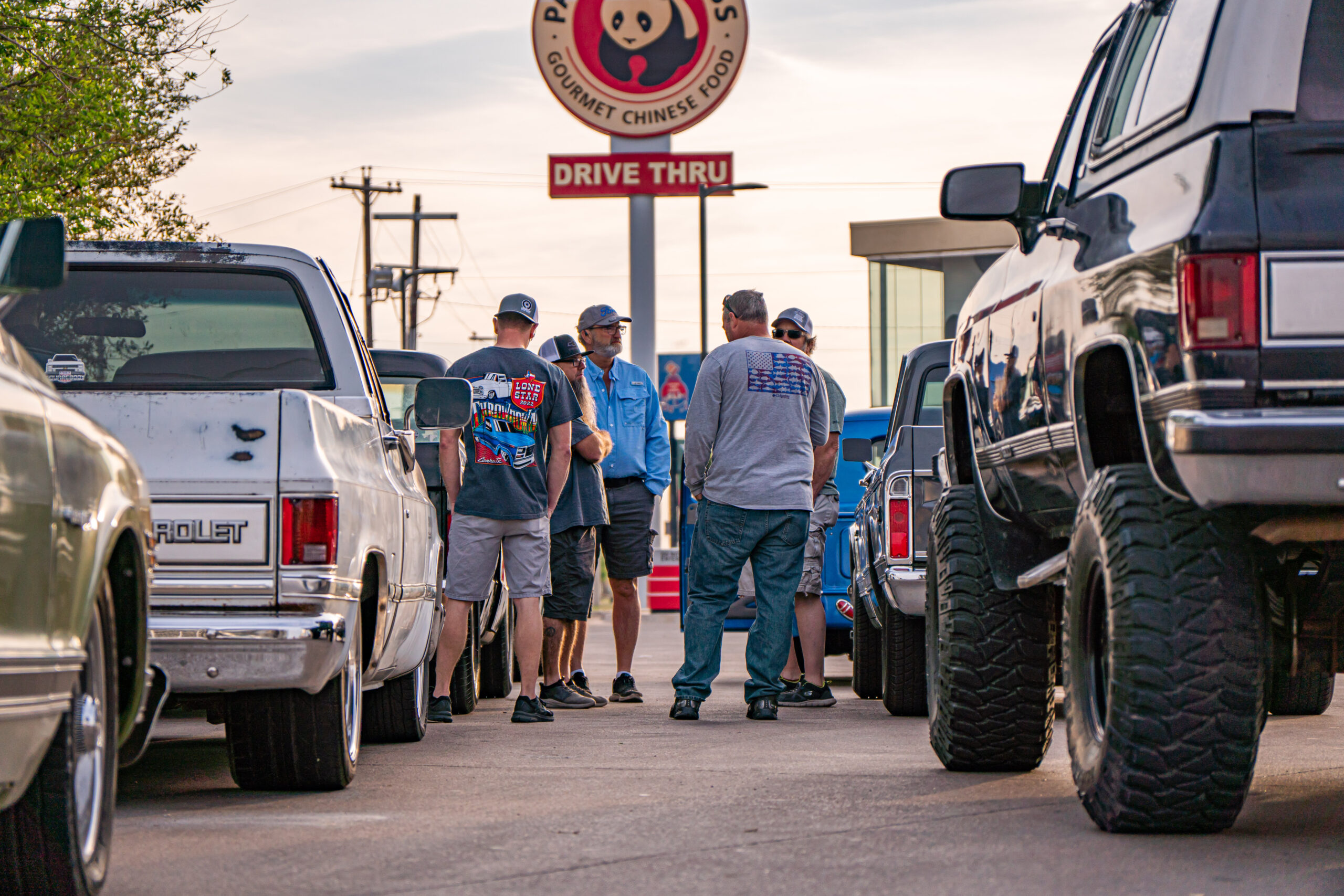 A cruise is a gathering of people who love their motor vehicles, including motorcycles, classic cars, hot rods, restomods (restored and modified), and pretty much anything with wheels and a motor. It’s a great way to meet other enthusiasts, and it’s an activity that is done all over the world, including regularly among car groups in West Texas. 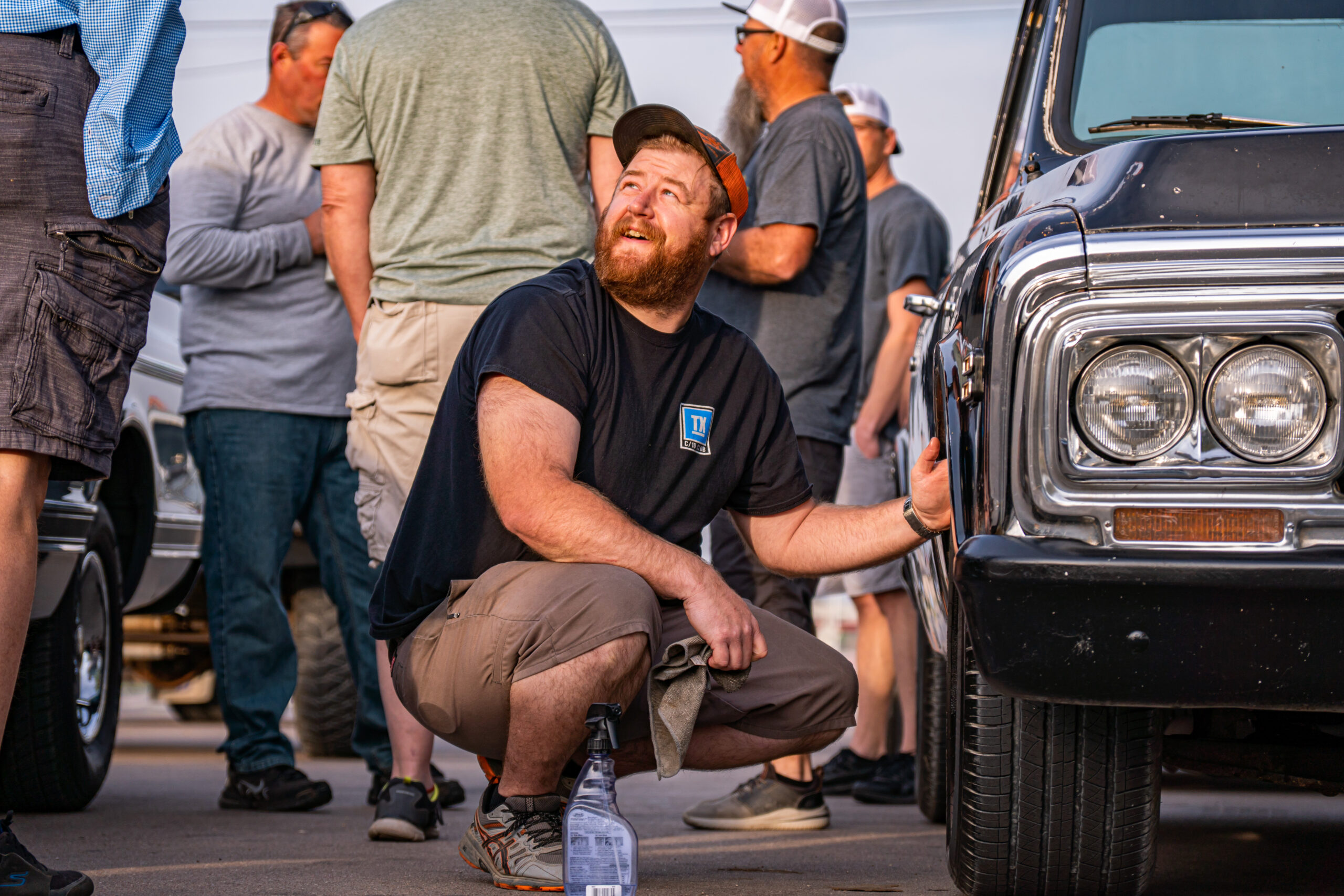 On the morning of Saturday, April 16th, the Big Country C10 Club members met at the Allsup’s gas station on Highway 351 in Abilene, TX. There were preparations for the 15th Annual Albany Classic Car Show that was taking place downtown in Albany, Texas.

At the gas station, the club members talked and prepped their vehicles for the car show. Then, they lined up in two rows before heading to the car show in Albany. One week after the car show, we had the pleasure of speaking to Steve Longmire, a member of the Big Country C10 Club. He shared a bit about the event, his experiences, and what it means to him personally to cruise to the event with his club. He shared this with us:

“Well, you know, part of having a hot rod is driving it. And, then, when you build it, you take pride in it being mechanically sound. So, we all get together and go on cruises. And that morning in Albany, all 12 of us met with our old pickup trucks and cruised to Albany, Texas, to support the amazing event that those guys put on out there. It was a great feeling being there with the guys and getting to see the look of joy on everybody’s faces when they get to drive their truck. Those are memories that last forever. For me, driving a little truck is stress relief. Especially, when I am recuperating from a hectic week at work, there is nothing like going down the road in a 50- or 60-year-old truck to make you feel better, especially when you’ve worked on it and brought it back to life.” 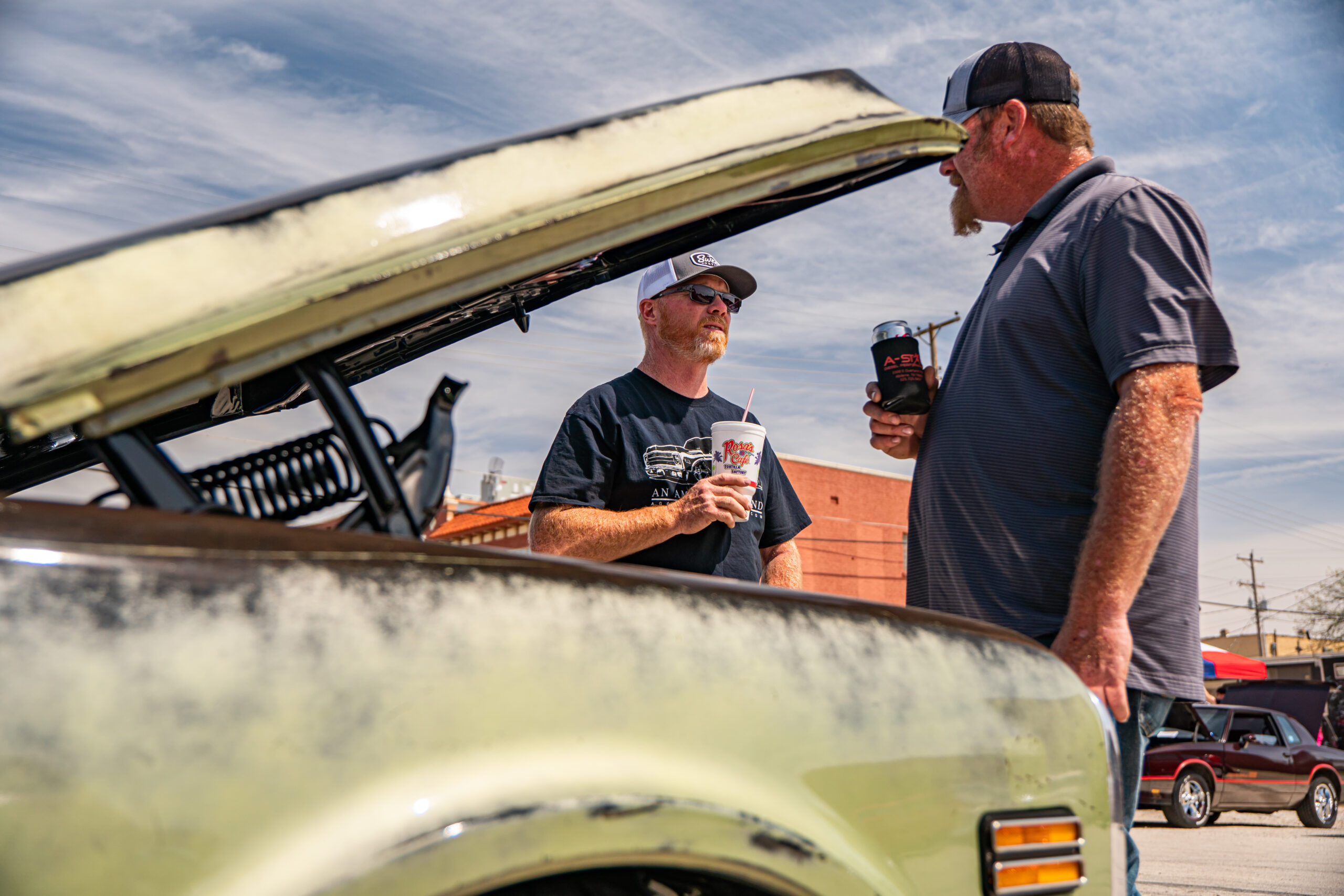 To some people, car clubs are like a close-knit family that looks out for each other. We spoke with Bonnie Scott, the Club Secretary for the Texas Roadrunners Car Club in Hawley, Texas. She described how members of her car club assist each other and provide support for each other on cruises. She said:

“Other than the fact that we like to eat together and cruise together, we decided on the first cruise that no one gets left behind. We drive at the speed of the slowest car, so if anyone has a car problem, someone stays back and helps them. No one has to have a finished car to join the club. We are a very inclusive, laid-back social club.” 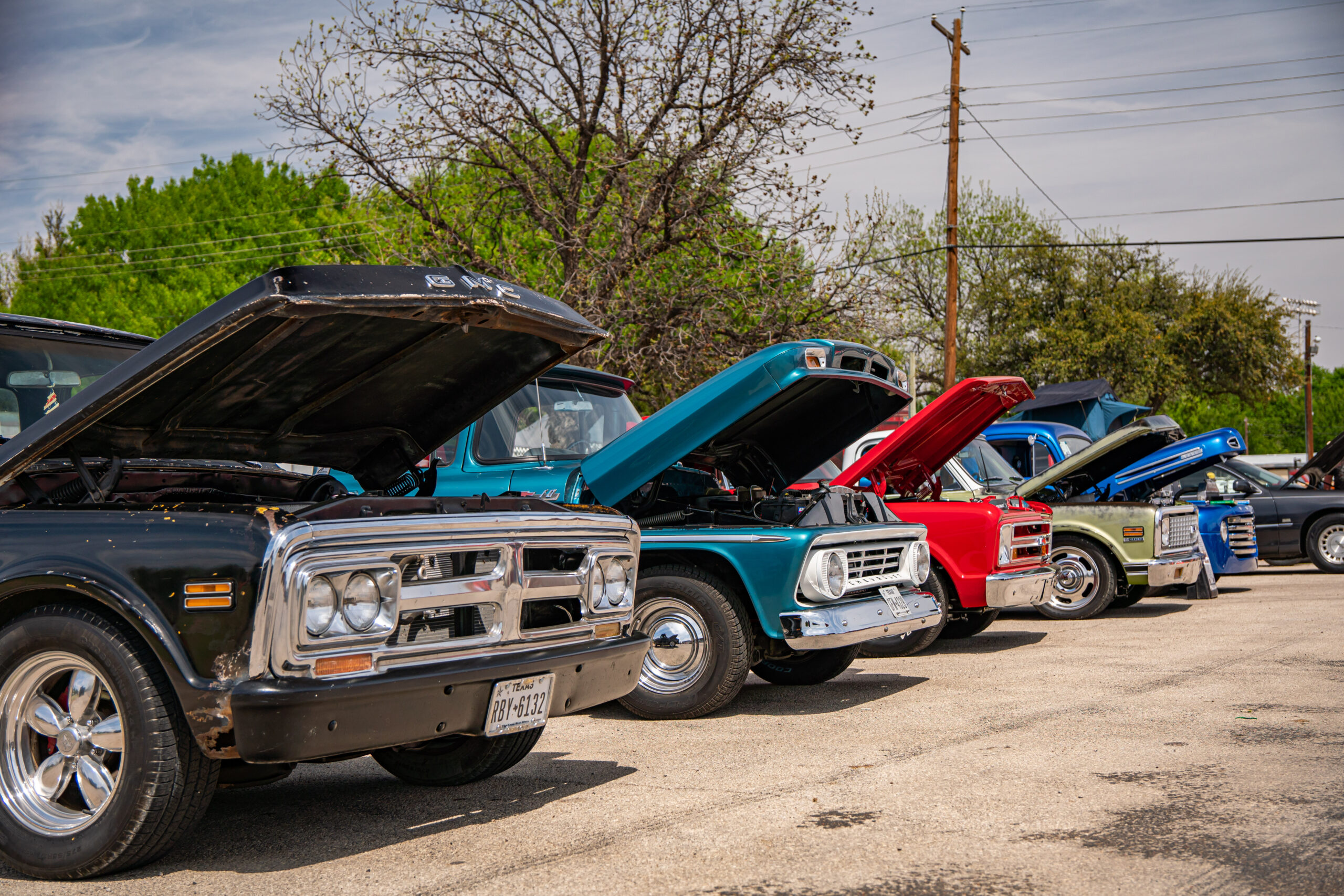 To the naked eye, car cruises may look like a bunch of cars following each other on the highway, but to the people driving those vehicles, they are much more than that. They represent a common bond between men and women who take pride in the vehicles they drive. On cruises, they finally get a chance to reap the rewards of long nights they spent in the garage by getting out on those Texas roads. 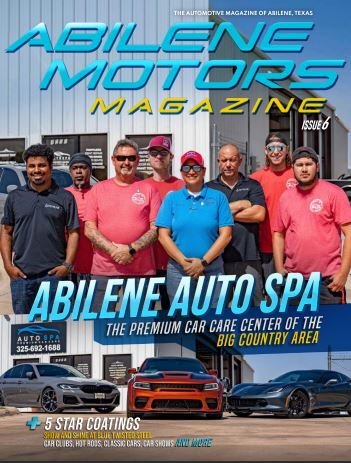